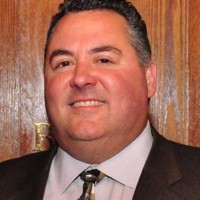 Vincent Carrubba is an experienced corporate leader and serial entrepreneur with extensive senior executive, technical and manufacturing experience. Mr. Carrubba has created and guided new products to success in the consumer goods, electronics, automotive and construction industries. He has conceptualized, financed and built factories and developed new manufacturing technologies throughout Asia while living with his family in Hong Kong and China.

Vincent has won a strong reputation as an international business strategist with his creative approaches to craft sound product development strategies for sustainable growth and strong corporate stock performance. Vincent established an unusual connection to the world of equities trading when he designed and installed the New York Stock Exchange telecommunications and information technology systems. He has authored an astonishing variety of successful consumer products generating over $1 billion dollars of retail and commercial sales, and has developed new technologies for environmentally responsible and innovative building materials which are the foundation for Admiral’s current and planned product lines.

Vincent is also the inventor of a number of patents in telecommunications, professional tools and consumer products. He has held engineering and executive positions with bottom-line responsibility at Xerox, General Electric, Bristol Meyers-Squibb and ATT. From 2002 through 2014, Mr. Carrubba served as the Director of Research and Development for Interdynamics Inc., IDQ Holdings (“IDQ”), where he was responsible for all technical activity, R&D and QC and the management of all engineering, legal, patenting, regulatory (EPA, DOT, CARB, UL and International Approvals), insurance and consumer relations issues.